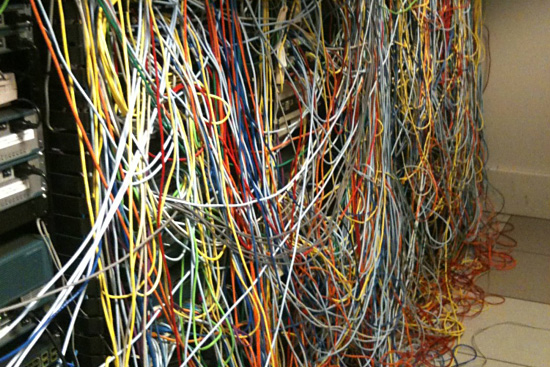 Too many people apply cellular network thinking to networks that are purpose-built for the Internet of Things (IoT). They ignore the massive diversity of uses and the scenarios.

One example is hybrid networks. These combine local area networks, such as BLE or wired CAN bus, with a long distance hop to the Internet using LoRaWAN.

Daniel Conrad in Messy Networks for the Internet of Things has another angle:

He talks about how purpose-built IoT networks like LoRaWAN don’t need handoffs as the end nodes move around between base stations or gateways. This reduces network complexity and cost, with all the intelligence to handle data messages built into a cloud-based network server.

Other benefits include rapid ad-hoc networks with no network planning or coordination required. It also allows reliability using redundancy, i.e. cheap gateways and no network changes means adding capacity or redundancy to a LoRaWAN network is simply switching a gateway on.

I would however caution that these private-public LoRaWAN networks are still in the (not too distant) future while the LoRaWAN specifications for inter-network device connection are still being developed.