Open standards for the long term 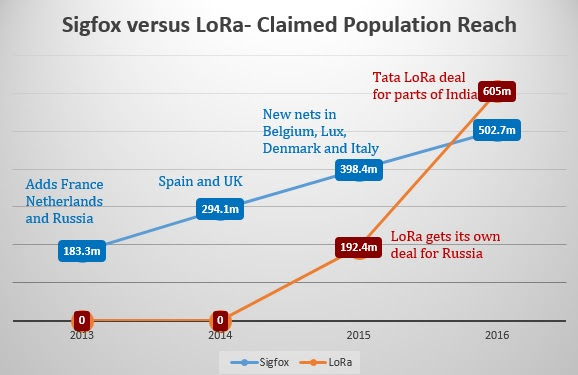 In the low power, long range IoT segment, the two leaders are Sigfox and LoRaWAN with Ingenu following. One aspect that differentiates the two leaders is their proprietary (Sigfox) vs open (LoRaWAN) approach. Which is better?

“Better” is subjective and so the answer depends on the specific angle. What we do know from technology history is that proprietary and open can and do co-exist.

Open standards take time to develop and can sometimes face governance issues if not carefully managed. Signs of maturity, such as now being seen in LoRaWAN, include certification programs and resolving friction issues like interoperability.

The graph shows the growth of Sigfox and LoRaWAN. It’s a classic example of the proprietary approach making early gains and growing steadily while the open one takes time to get going properly but then grows exponentially.

From a KotahiNet perspective, backing an open standard approach was both on rational and personal grounds. Rationally, open standards drove the massive growth of the Internet and is therefore likely to be critical in developing an IoT ecosystem. At a personal level, we favour openness in everything we do. Our choice of LoRaWAN was therefore a simple one.

No one really knows how technologies and markets will change in the next few years. At this early stage of IoT, the only given is change. Open standards provide a good, but not perfect, path to evolving with agility and a worldview in mind.