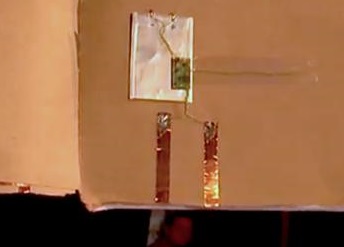 Will we ever get to billions or even trillions of things connected to the Internet? Not with Internet of Things (IoT) devices costing what they do today.

In most of our IoT devices, the single most expensive component is the battery. The retail price of a Saft 3.6V AA battery that lasts 5 to 10 years is just under $20 in NZ. On the other hand, the actual microcontroller and LoRa communications chip is in the $15 range for small volumes. Add in the cost of all the other parts of an IoT device, even at scale, and the mythical billions of devices fades away into an uneconomical haze.

This is the context that makes Semtech’s recent “First Disposable LoRa-Enabled Nano-tag for Internet of Things (IoT) Applications” announcement interesting.

The “new nano-tag reference design, a disposable, ultrathin and low-cost tag that can be integrated into disposable systems or attached to assets to communicate a specific trigger of an event… The nano-tag is equipped with an ultra-thin printed battery and is designed to be integrated into products or systems that send messages to the Cloud when a simple event is detected.”

The key features are size (ultrathin), printed battery, and one use notification (disposable).

It was Sigfox that was first to market by a few months. It isn’t the timing of who was first that really matters but the fact that both Sigfox and LoRaWAN can now both provide these devices. This makes it a wider industry step and will have more of an impact.

Called the Admiral Ivory, Sigfox’s announced pricing was US$ 0.20 (about NZ$ 0.30). Semtech’s pricing hasn’t been announced but will probably be in the same range. These are probably at scale pricing so the cost of anyone wanting to buy a few of these new devices will be a bit higher.

Sigfox demonstrated the first use case for a disposable, ultrathin, printed battery powered nano-tag at the prototype’s launch. Weighing 10g, the opening of an envelope sent a notification via their network and cloud services to a phone.

So one use for a nano-tag is delivery notification or confirmation that something, even as thin and small as an envelope, has been opened at an approximate location anywhere in the world. This points to lots of similar applications in the supply chain and logistics industries.

These possibilities are just the beginning. Early shoots.

When a connected device costs under $1 all inclusive (keeping in mind that this price point itself is likely to continuously fall in the future), that’s fundamentally new capability allowing for fundamentally new applications.

Many new ideas and uses will now be possible. Many of them will be new, in that they would not have been possible otherwise. Quite what they are is still unknown. That opens a whole new market and opportunities for innovation in the coming years.

It also makes achieving the billions or trillions of IoT devices far more likely. For good and, sometimes, for bad.