The Waspmote LoRaWAN 868 development board is the quickest way to build a complete device to work with KotahiNet. At a price of €163 (around NZ$ 280) plus shipping it is certainly not the cheapest. On the other hand, it is easy to add a large variety of sensor boards and the total cost then is far more reasonable for a total IoT solution.

The Waspmote is compatible with the Arduino programming environment (IDE). It has extensive examples built into the IDE and on the website. Further, Cooking Hacks has extensive tutorials. 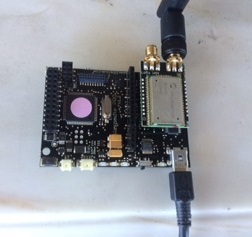 1. Download and install the latest version of the free Waspmote Pro IDE.

2. Connect the supplied aerial into the antenna socket marked 868.

3. Connect the Waspmote to a computer using the supplied USB cable and it should automatically set up as a serial device.

4. Run the IDE and select the COM port to which the Waspmote is connected using Tools > Serial Port.

5. Open the Serial Monitor and it should display the output from the default factory installed sketch. 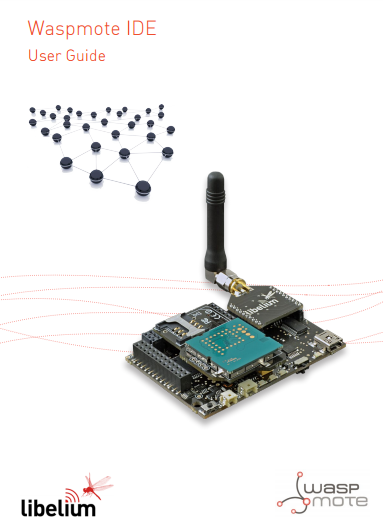 1. Configure the channels of the Microchip RN2483 which acts as a LoRaWAN modem for the Waspmote. To do this, download Waspmote_1_configchannels.pde (from Dropbox) and in the IDE use File > Open to open it. The IDE will prompt creating a sketch folder and moving the file- accept that. For future convenience, shift the created folder to the Sketchbook.

Upload the file to the Waspmote and, once done, open the Serial Monitor. It should display the channels being configured and end with the status of each channel. Check channels 0 to 2 and 11 to 15 have a status of 0 (off) while channels 3 to 10 have a status of 1 (on).

2. The demo code Waspmote_2__temp_example.pde can be downloaded (from Dropbox) and imported into the IDE similarly. Upload to Waspmote and open the Serial Monitor. It will display the measurement of the on-board temperature sensor, the data frame created, and sending that to KotahiNet’s network as a hex string.

Note: the “Send Confirmed packet error = 2 ” can be ignored. The data is still correctly sent and the error only shows that it was transmitted multiple times which is fine.